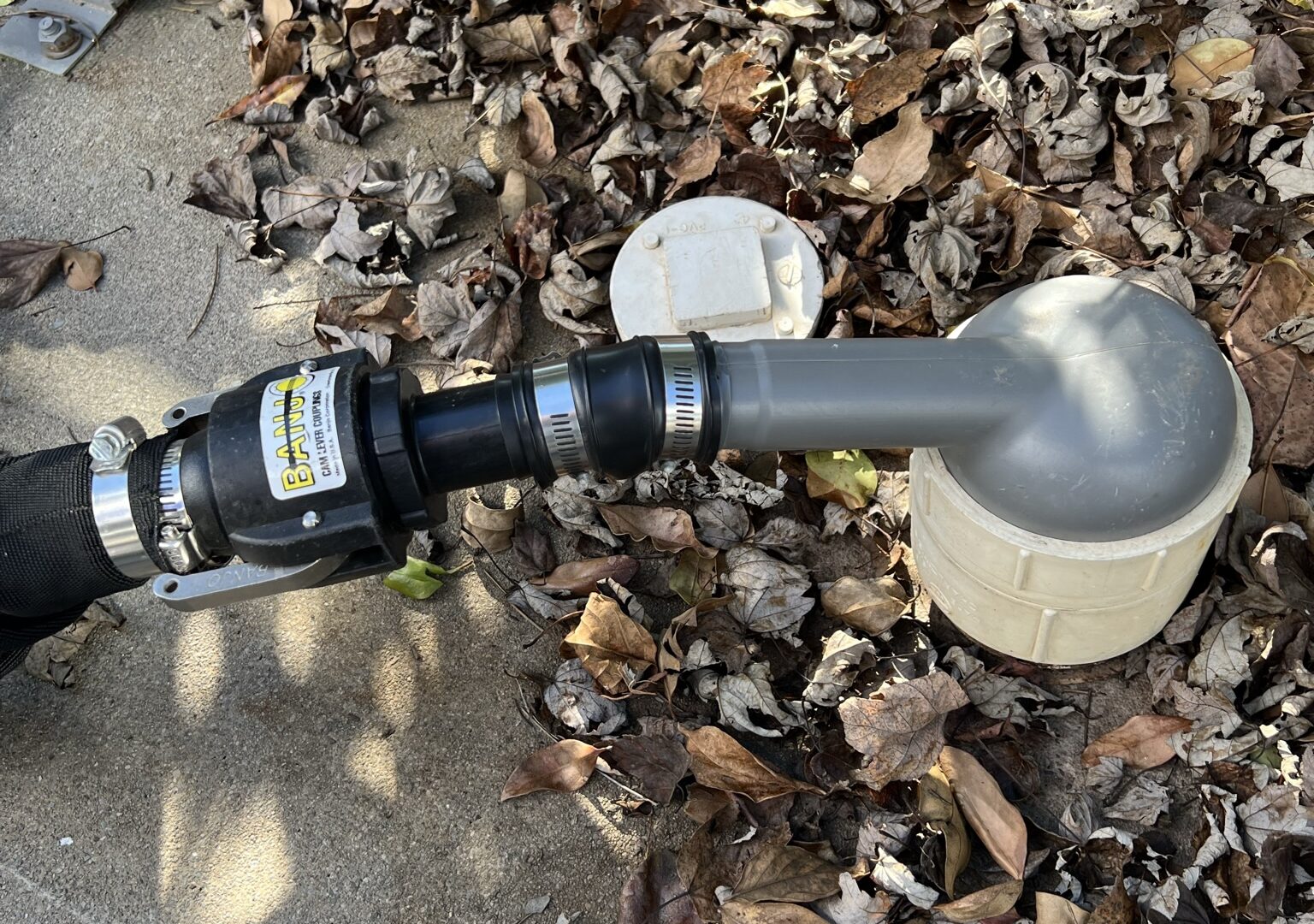 One thing I love about our Dutch Start is it comes with a Sanicon Turbo macerator system. There are lots of opinions on these types of systems..and I’m not looking to start a debate. I like it!

That said, there are some shortcomings:

The first improvement that was recommended to me was from a fellow Newmar owner (thanks John Anderson from TX!) who suggested Banjo clamps. The clamps can help turn the Sanicon Turbo system into a very modular system.

I did a bunch of googling (like I always do) to find other improvements to the system after we got our bus. One suggested many times was to put a sleeve over the hose to prevent the pinhole leaks. Another improvement came from necessity when we were in a campsite at a state park that stretch to the sewer connection was too much for the standard hose.

Overall I’m very happy with the system we have now. I have some additional improvements I would like to make that I will detail at the end, but I’ll provide details of what I have done and what parts I used.

You should be able to easily remove the Grey Nozzle end from the Sanicon system by loosening the band clamps and pulling the nozzle out. Set the nozzle aside for later.

2. Insert the hose into the sleeve and clamp it in place

This is the hardest, most challenging part of the installation. You have to feed that hose all the way through the 25′ sleeve. You are going to push, struggle, laugh, cry, curse, and all sorts of other things. We did this without taking the hose off the bus side connection, and it was a challenge, and it took over an hour, but we did it!!!

Once you get the sleeve on, you want to clamp the sleeve to the hose right were it connects to the Sanicon system in the bus. This will prevent it from ever sliding down (which is probably impossible, but better safe than sorry.

It is your choice if you put the male Banjo adapter on the Grey Nozzle and the female on the hose or vice versa. Your choice, but you just have to follow the method in future modular pieces.

You should now have modular connection where you can remove the Grey Nozzle from the hose and store it separately from the hose. You can also cap either end with the Banjo Caps so that there is no ‘leakage’

I took the Bayonet Adapter (that converts RV sewer to 3″ threaded) to Lowes and went ‘shopping’ to find the parts needed to go from that down to a 1 1/2″ shank end (to put into a rubber 1 1/2″ coupler). Some of the parts were PVC and some were ABS. I made sure that the connection between PVC and ABS were threaded to make sure I didnt have any glue issues. At some point I’ll go back to Lowes and create a parts list for anyone to use.

Skip back to main navigation